San Francisco’s Small Business Commission is opposing a proposed ban on the sale of vaping products, calling it a “nanny” state measure and arguing it could hurt many small stores.

The commission’s 6-1 vote last week sends a strong message to the Board of Supervisors, which will vote in the coming weeks on the legislation introduced by Supervisor Shamann Walton.

The proposal would ban the sale of e-cigarettes until the U.S. Food and Drug Administration evaluates the products’ impact on public health and approves their marketing.

Walton refused to make any amendments to his proposal when presenting his legislation to the commission last week.

“I care more about our youth then I do about profits,” Walton said.

He said that the accessibility of vaping products in stores is one reason why youth have access to the products, which contain the harmful chemical nicotine.

Any store selling tobacco products in San Francisco, including e-cigarettes, requires a permit from the Department of Public Health. These permits are on the decline as a result of a 2014 law imposing a limit on the number allowed in each supervisorial district. In 2014 there were 970 tobacco sales permits, but that has declined to 738.

Commissioners had sharp words for the proposal.

“You’re harming small business,” said Stephen Adams, Small Business Commission president. “Here the city is being a nanny again. I am sitting up here ready to explode, thinking we are punishing good people who are following the laws.” 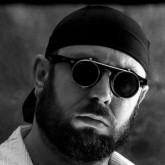